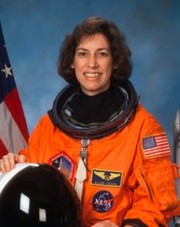 Dr. Ellen Ochoa is a Mexican American woman and the first Latina astronaut to go into space. She was born in Los Angeles, CA in 1958. She studied physics as an undergraduate and received her Master's Degree and PhD in electrical engineering. In 1990, she began the process of becoming a NASA astronaut, and in 1993 she went on her first flight on space shuttle Discovery. Ochoa has spent over 900 hours and 4 flights in space studying the ozone layers and solar winds. On these flights, she was responsible for controlling the shuttle's robot arm. She is very involved with robotics and has invented and patented several methods of noise reduction and robotic pattern recognition. 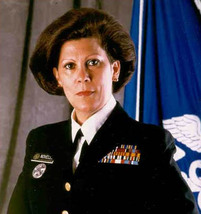 Dr. Antonia Novello is a Puerto Rican MD and public health administrator. Born in Fajardo, Puerto Rico, her family always stressed education. She got her Bachelor of Science at Rio Piedras and her Doctorate of Medicine at Univeristy of Puerto Rico. She was appointed Surgeon General of the U.S. by George Bush in 1990, making her both the first woman and the first Latino/a to hold this position. She served for 3 years, and afterwards has worked with UNICEF, been the Commissioner of Health for the state of New York, and worked at Disney Children's Hospital in Orlando, FL. 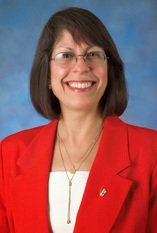 Dr. Nitza Margarita Cintrón is a Puerto Rican woman also involved with NASA. She is the chief of Medicine and Health Care at NASA's Johnson Space Center. She was born in San Juan, Puerto Rico, and got a degree in biochemistry and molecular biology from Johns Hopkins University and her Doctorate of Medicine from University of Texas. Although she originally planned to be with NASA for only 2 years, it became her lifelong career. She was offered a position as a NASA scientist in 1978 and has been with them ever since. She has worked in the biochemical lab, been chief of Biomedical Operations and Research Branch in the Medical Science Division, and directed the Life Sciences Research Laboratories before reaching her current position.